Let’s talk about grooming! Keeping hair and nails neat and tidy is a fact of life for parents and carers. Maintaining hygiene is especially important for people who put their hair or nails in the mouths, especially while we are living with Covid-19. We talked to parents, carers and professionals and asked for their top tips for looking after someone else’s hair and nails. If you have a tip or idea to share please get in touch and we will add it to our blog.

Try giving the hair-colour samples as finger fidgets during a haircut. Great distraction.

Try a variety of brushes

If someone doesn't like having their hair brushed, it could just be the brush you're using. Try a variety of different brushes to find one they like the feel of.

Make it easier for someone with special needs to wash their hair by getting shampoo in a pump. Avoids opening a slippery wet cap, figuring out how much shampoo you need and using both hands at the same time.

I play hairdressers at home with my autistic nephew so when he does get his hair cut it is more like a game. I also put talc on his neck so the hair blows off easily and isn't itchy.

To prepare my son for needing to shave, we are using neck clippers for a few seconds each hair cut to see if he can tolerate the noise and vibration at the back of his neck. Aiming to crack this before moving anywhere near his mouth!

If someone is sensitive to strong smells, that could be one of the reasons they don't like having their hair washed and/or cut. Try using unscented shampoo instead.

The word cut used to frighten my daughter as she associated it with pain, cutting her finger etc. We started using different words like 'tidy up your hair' and found she was more accepting of the hairdresser!

Introduce shaving as a game - Dads can involve sons when shaving themselves. Make it fun and talk about how good it feels afterwards.

I make sure there is no one else around when I cut Aaron's hair as this makes him very anxious. I also cover his neck in a creme or moisturiser as this cuts down the itching on his neck

To overcome the fear of having a haircut, it can help to show another person having their haircut. Videos can be useful to give people an idea of what to expect. Here is a video I have found useful for using with autistic children:

For someone who hates having a haircut, try a basic desensitisation program. You can download some pictures from the internet and present them as an activity. These might initially involve a shampoo, a pair of scissors, then having your hair washed, etc.

My son has very fine hair which tangles easily. I use a liberal amount of spray detangler before getting busy with a hairbrush. This, along with cutting hair short and using the detangle brush has made washing and combing so much easier.

Hairbrushing was always really painful for Violet, until someone suggested a 'tangle teeze' brush which goes through her hair much more smoothly. We also agree on an amount of times I can pass the brush through her hair before we start. 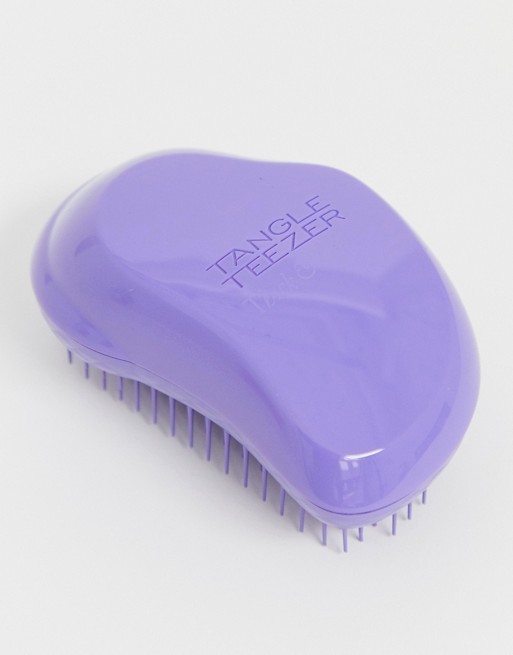 My 8 year old son with ASD would not let the barber cut his hair and would throw a full blown tantrum. Until we tried putting a portable dvd player in front of him, he got so distracted that voila-no more tantrums. Not even one tear!

Make hair-washing easier by smearing cream or shower gel (we use aqueous cream) on the shower door/screen, then they can make marks or pictures on the window while you wash their hair, without tears!

My son recently had an operation and couldn't bath or shower for 10 days. I found the dry shampoo Batiste to be excellent. Also great to use occasionally if the person you are caring for hates having their hair washed, give them a break occasionally.

Use an electric tooth brush a few years before needing to start using an electric shaver. Helps get people used to the vibrations/noise etc.

I've found that taking my daughter to the hairdressers when she is not having her hair cut helps her see it's not always scary. I take her when I'm having a cut or her younger brother is too.

My son is very sensitive to hair cutting, but sitting him in the shop window to watch the traffic makes him slightly more tolerant. Still a few wiggles and bolts for the door, but much better.

I take my son's ipad to the barber's and put his favourite clips on it to distract him, while the barber cuts his hair at the speed of light.

We find it really hard to brush Magdalena's hair, but she cries much less if we brush a member of the family's hair at the same time as her hair is being brushed. 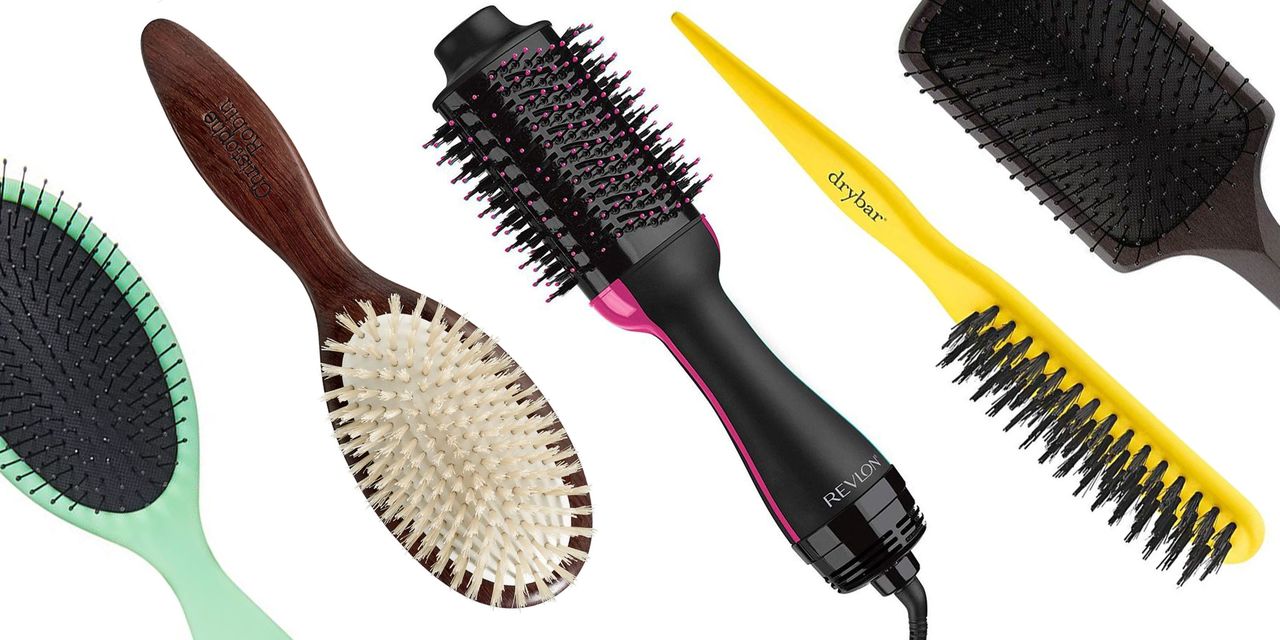 Do it at home

Some people cope with haircuts much better if it's done at home. Ask around for recommendations, ask your local barber/hairdresser, or try the mobile hairdressers in the 'phone book (You can always try another one next time if your first choice proves hopeless...)

Florence hated having her hair combed because she got lots of tangles and it hurt.  We changed her hair style to a shorter one which she helped to choose - forget your dream of ringlets for now!

For some one with sensory defensiveness, hair brushing can be an awful ordeal. For some, it feels as though every hair-root is being pulled tightly and inflaming a nerve. The sensation’s not much less if they brush their own hair. The best thing is to keep it short. Take a look at this book too: 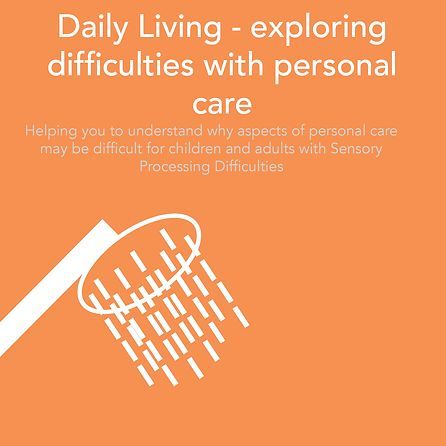 Suzie has very thick hair. I towel dry her hair and leave in conditioner. This makes it easier to brush with a squirt of water.

Wash it at home

Julie hates having her hair washed at the hairdressers. We just ask for a dry cut or just wet her hair with a plant spray.

When we go to the hairdresser we always take along stress toys / favourite books or DVD player.

Blow the bits away

Becky is very sensitive, so when she has her hair cut, we remove all cuttings by using a hair dryer to remove it as we go. Becky likes the cold air setting.

Callum is sensitive to noise, we find soft flexible ear plugs cut out the noise of the hair cutting machine.

All in the timer

We use a timer so Noah can tell when the haircut starts and finishes.

JB is much better when he can see what is going on when we cut his hair. We bought a non breakable mirror from one of the catalogues.

Get the time right

Go to the Barber shop at the quietest times, so there is less time to queue. There is also the added bonus of less 'people noise' at these quiet times.   As our barber became more of a friend and he could see how distressed Pete was, he suggested we came back once he had closed the Barber shop for the day, so it would be just us in the shop.

We took Ben into the Barber shop just for a visit (several times) to see other children having a hair cut and to see what equipment the barber uses.

I take a fresh top for Wendy to change into as soon as her hair is cut – it lessens the 'itchy feeling'.

We experimented with different speeds and pressures brushing Lizzie's hair, and quickly found out that she could tolerate slow and firm strokes so much better that light quick strokes which made her run away.

Watch this informative video by a woman with Aspergers Syndrome about her experince of having her hair and nails cut as a child:

I use a battery operated nail file with my girls - keeps nails short & smooth, no danger of cutting skin & generally very well tolerated. I actually use it to calm my daughter down when she's distressed!

I cut Ricky’s nails in the middle of the night wearing a head torch which I bought from a camping shop.

A finger a day

When cutting Lucy's nails, we tackle one finger a day when she is relaxed, or occupied on something else.

Use a nail board

When my visually impaired students are able to, I teach them to file their nails instead of having them clipped. If they do this regularly, they will never have to have their finger nails clipped again.

A good time to cut nails is straight after a bath when the nails are nice and soft.

Take the focus off

When we're cutting Simon's toe nails we use distraction techniques: a book to read aloud from, a handheld electronic game or something he can hold to look at and fiddle with, anything to distract Simon’s attention from his feet!

With girls especially you can turn nail cutting into a manicure session; use bright nail varnish, do a hand massage.

Try using a nail clippers, they can be easier and quicker than scissors.

You do it first

I let Hailey watch me cut someone else's nails, so she could feel comfortable with it.

Nail cutting can be hard with wriggly, angry, squirmy people. I use round ended scissors which you can buy at most chemists.

Written by: The JWeb Team

If you have any useful tips or information you would like to add to this page please let us know. JWeb is all about sharing, so if something has helped you, please pass it on!

Trending now - Keep up to date with JWeb events

Read all about it here!